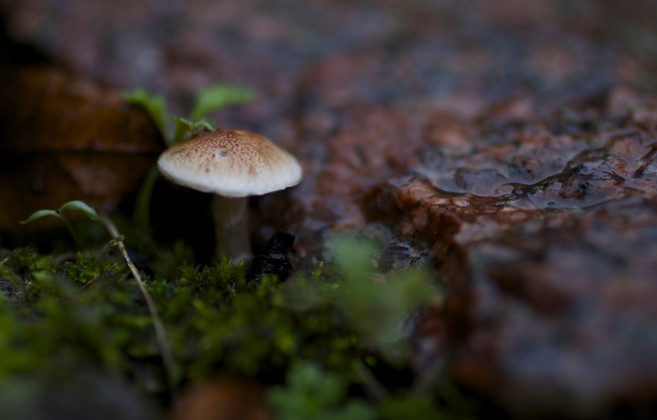 For the last three years while I’ve worked with Hybrid Pedagogy, I have been flip about Digital Humanities as a field, a practice, or a pursuit. I have largely dismissed the work of digital humanists as arcane, irrelevant, boxy and tiresome, or as posturing by hungry, over-educated academics needing to stake a claim in the rapidly disintegrating educational institution. Among other things, I have echoed Matthew Kirschenbaum’s idea of Digital Humanities as “a term of tactical convenience”; and I have asked again and again: “What can Digital Humanities do for me?”

I remain largely unmoved in my opinion that a lot of DH projects are arcane, inaccessible, and of questionable relevance to the understanding and enjoyment of the Humanities. But I chalk this up in part to the nature of the work, and in part to my admittedly liminal involvement in the field. I am an outlier among outliers — not as much in the Ivory Tower as tilting at it — and among the least qualified to offer an opinion about whether or not Digital Humanities projects have or will result in meaningful scholarship with long-sustained impact. What makes my contribution to this discussion relevant, coincidentally — if I am to believe Jesse Stommel, my longtime friend and collaborator — is my distance from that discussion, and the perspective which that permits me. And also I am a pedagogue deeply invested in offering space for voices that are left out. I do not suppose to speak for anyone but myself, but I do suppose that my own voice can be joined by a chorus of others.

Paulo Freire writes of how the oppressed — or in the case of the Digital Humanities, the outlier — must undo their own oppression. The outlier, she whose work is not seen, not heard, not viewed, who is precarious precisely because of her location outside prescribed bounds — of acceptability, of rigor, of form, of content, of perspective, of political orientation, of gender, of color, of credential, of imagination or invention, of syntax, of mediocrity — she must make her own voice heard. In some ways, this is how the Digital Humanities got its start. As Jesse and Dorothy Kim say in their introduction to the Disrupting the Digital Humanities project,

“Many scholars originally were drawn to the Digital Humanities because we felt like outcasts, because we had been marginalized within the academic community. We gathered together because our work collectively disrupted the hegemony and insularity of the ‘traditional’ humanities.”

What is strange, and also expected, is that the institutionalization of the Digital Humanities has made it largely inaccessible to those who remain outliers to the institution. As DH grew in prominence, as it became what William Pannapacker once called “the first ‘next big thing’”, it also became all too discriminating about what and whom the field could include. And as the academy is wont, it forgot those upon whose backs the Digital Humanities was built. Twitter user @so_treu, responding to “Hybrid Pedagogy, Digital Humanities, and the Future of Academic Publishing”, an article by Jesse and me, wrote:

academia with this digital humanities push is rushing to catch up with centuries old practices of marginalized wmn / & really, academia made itself via the exclusion/delegitimizing of these kinda open grassroots scholarship practices. / now its ready to acknowledge them, but only via the approved bodies & positionalities.

Where DH grew out of positions of deep and necessary inquiry — deep and necessary especially in that its early advocates had to form communities of practice, interest, and support beyond the pale of traditional academic communities — today that inquiry has eroded into gratuitous and massively-funded career-building projects. Not only has Digital Humanities exhaled its sense of urgency, but in doing so it has lost its soul, its spirit, its ecstatic necessariness.

That ecstatic necessariness is what Disrupting the Digital Humanities seeks to resuscitate. “This is a noble endeavor,” Roopika Risam writes, “as there is value to the act of disruption. It generates affective response and connotes innovation and newness, not for their own sakes but in the pursuit of change.” Disruption, she says, “is an interruption…the action of rending or bursting asunder.” And this is where I see the value of Digital Humanities: in its knack — indeed, its proclivity — for tearing apart, breaking down, for parsing all the way to the marrow, the code behind the text and image, for what Mark Sample calls “difficult thinking.” There is something organically extra-institutional, even anti-institutional, about the quizzical approach of Digital Humanities. It is as much a practice of inspection as it is of invention. The hack is its pedagogy. At its best, it is playful and original, daring but not decadent, irreverent even of its own tenets. It is its own pain in the ass. And when it’s not, it fails to be noteworthy.

Taking that cue from Mark Sample, I would say that the pedagogy of Digital Humanities is not as much critical pedagogy as it is difficult pedagogy. It must be comfortable with its own discomfiting process. This is my common soapbox, an aspirational rebellion of intellect and heart that reforms education upon a post-digital landscape. And when speaking about the nature of disruption it is all too tempting to glide into superlative anxiety and deliver the stump speech about change and transformation… and disruption. To some extent, more stump speeches are necessary, more manifestos are due; to assume that Digital Humanities has shaped itself, clean and done, is to presume there is no contention in the field at all. But it is the field’s contentious nature that provides its most fertile manure. Resistance to the awkwardness of argument and dissent is a whitewashing maneuver designed to keep only certain voices dominant.

There must never be dominant voices in Digital Humanities. We must walk always along the precipice of radical inclusion — not so that we may include others in the conversations we’re having, but so that we may have the chance to be included in their conversations. Élika Ortega offers an example of radical inclusion when she speaks about multilingualism in DH, saying, “Reaching out to and bringing in scholars from around the world can be another way to set in motion productive exchanges … The possibilities seem endless and it is a matter of trying them out.” Inclusion is disruptive precisely because it does not level the playing field; rather, it points out how uneven that field is, and also that the game we’re playing may not be the right game at all. Part of the effort of Digital Humanities, if its aim truly is to flourish, must be outreach. To focus on individual projects, to exhaust our muscles on the work of just a few, is to sacrifice the field itself on the sword of individual reputation and career-building. Instead, we must absent ourselves, willingly, intentionally leaving space for others to speak. For the field to develop at all, it must look outwardly; and it must not cower before the havoc which that may wreak.

What I find valuable about Digital Humanities is not its products, not its notaries, but its process — the dialogues, the bickering, the fastidious attention to the discourse as it struggles with issues of race and gender, equality and oppression, multilingualism and ethnicity, play and seriousness. DHThis Cat, which Adeline Koh writes about in her Disrupting the Digital Humanities position paper, is a perfect capsule for “the real and present anxieties of manifold constituents within the field, many of which are continuing to grapple with what ‘counts’ as digital humanities work.” And like the GIF of the dissatisfied, eternally productive feline, what is most inspiring to me about DH are the moments of disruption that are never calmed, never perfectly soothed, and that resist censure. Hesitancy will get us no where. There is very little point in stoic civility. A commitment to disruption is a commitment to breaking our own selves upon the matter of our work — humorously, dangerously, compassionately, bravely, fiercely. We must not cow to the standards of the academic hegemony, but must rail against them. When digital humanists eschew performance and bare instead their knuckles, I am reminded what academia is for, and what it can do for me.

My hope, however naive, is that Digital Humanities might attune us more completely to our humanity, finding the muscle and smile, the delicacy and humor, the beauty and the viscera in our digital presences — to focus upon how the humanities plays against the backdrop of the digital, yes, but also upon how the digital makes us ever increasingly human.

Sean Michael Morris is the Co-director of Hybrid Pedagogy, a digital journal of learning, teaching, and technology. As part of his work, he oversees many threads of dialogue around the digital humanities, and has written with and edited several of the more progressive and controversial voices in the field. Hybrid Pedagogy itself can be considered a digital humanities endeavor, as it seeks to reframe scholarly and academic publishing in context with digital production, collaboration, composition, and journalism. He’s on Twitter @slamteacher.

After the Digital Humanities, or, a postscript

January 10, 2015
Disrupting the Digital Humanities
is an essay collection forthcoming from Punctum Books and edited by Dorothy Kim and Jesse Stommel.