Disrupting the Digital Humanities is an essay collection forthcoming from punctum books and edited by Dorothy Kim and Jesse Stommel. Several of the featured authors participated in a roundtable discussion at the 2015 Modern Languages Association. The discussion will continue on January 8 at the 2016 MLA. We are publishing short position papers here in the days prior to each MLA session. The panels themselves are “flipped,” so the papers are published online, not read in the room, in order to make way for an open dialogue between panelists and the audience (in the room and online). 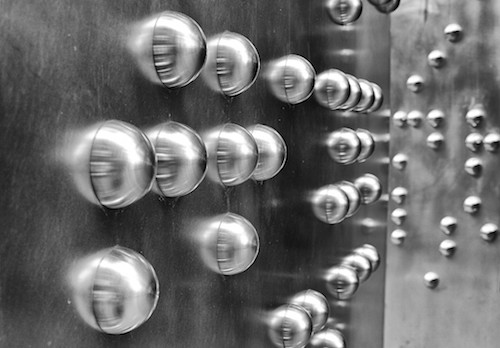 by Dorothy Kim and Jesse Stommel

All too often, defining a discipline becomes more an exercise of exclusion than inclusion.

Many scholars originally were drawn to the Digital Humanities because we felt like outcasts, because we had been marginalized within the academic community. We gathered together because our work collectively disrupted the hegemony and insularity of the “traditional” humanities. Our work was collaborative, took risks, flattened hierarchies, shared resources, and created new and risky paradigms for humanities work. As attentions have turned increasingly toward the Digital Humanities, many of us have found ourselves more and more disillusioned. Much of that risk-taking, collaborative, community-supported, and open-to-all-communities practice has started to be elided for a Digital Humanities creation-and-inclusion narrative that has made a turn towards traditional scholarship with a digital hand, an interest in only government or institutionally-funded database projects and tools, and a turn away from critical analysis of its own embedded practices in relation to issues around multilingualism, race, gender, disability, and global praxis.

This collection does not constitute yet another reservoir for the new Digital Humanities canon. Rather, our aim is less about assembling content as it is about creating new conversations. Building a truly communal space for the digital humanities requires that we all approach that space with a commitment to: 1) creating open and non-hierarchical dialogues; 2) championing non-traditional work that might not otherwise be recognized through conventional scholarly channels; 3) amplifying marginalized voices; 4) advocating for students and learners; and 5) sharing generously to support the work of our peers. Disrupting the Digital Humanities is more than a mere time capsule, more than just navel-gazing. Our aim in gathering this material is to construct something that uses all of the talk about what the digital humanities is and isn’t as a jumping off point for a much deeper inquiry about disciplinarity, the future of higher education, and what it is to be radically and diversely human in the digital age.

Disrupting the Digital Humanities offers a rowdy assemblage of newly commissioned essays and previously-written works brought together, published open-access, with a print edition following. We will also include a digital component, making space for work that doesn’t fit neatly into a book-shaped frame. Our contributors will be a motley crew, some writing in different languages, some using varied media, and many prodding at the constraints of conventional academic prose.

We will commission new chapters on “Anglo-American Exceptionalism and DH,” “Postcolonial Digital Humanities,” and “Queer Digital Humanities.” In addition to co-authoring an introduction, Dorothy Kim and Jesse Stommel will each contribute chapters as well: “Public Digital Humanities” from Jesse and “Digital Activism” from Dorothy. Other chapter topics will include: “Critical Pedagogy / Critical Making,” “Disabilities and DH / Disabling DH,” and “Critical Race Studies and DH.”

In feminist critical race theory, women of color (WOC) bodies disrupt the narratives of mainstream white feminism by having voices, by creating counternarratives, by calling out the frameworks of the hegemonic center. Thus we take for this volume, the productive term “disruption” in the same vein, to decenter the digital humanities narrative vis-à-vis new critical voices, new languages, new locations, and new methodologies that reimagine DH as not the seamless products of neoliberal governments and non-profit capitalism, but the work of people, labor, and voices at the margins creating friction and fantasy, mapping edges and new locations, playing slanted and in glitches with distributed resources and global communities.

In tech circles, the word “disruption” has come to mean something altogether different and more insidious. The tech industry is saturated with a rhetoric that imagines “disruptive innovation” as a system of creative disruption when in fact it is more often influenced by neoliberal impulses, efficiency, and the faux-revolution of technology bound up in the trappings of commerce. “Disruptive innovation” has co-opted the term “disruption” as a far more sanitizing mechanism whereby increasing the efficiency and spreadability of the capitalist status quo becomes a so-called “revolution.” And so, we here reclaim the word “disruption” in order to rehabilitate it and to return its originally intended critical heft.

Thus, this assemblage takes the critical term “disruption” and plays with these two theoretical strands to produce multiple-voiced counternarratives about the hegemonic center of Digital Humanities. Together these different, non-straight approaches, disrupt the formation of DH and its definitions of itself by slanting the outlook; mixing and blending hierarchical frameworks; shaking up the terms and frames. One can’t substantively “include” everyone without disrupting hierarchies — without transforming the field’s critical lens and practice. Different geographies, different languages, and different modes of scholarship demand new frames. Put simply, the Digital Humanities must reimagine itself, and its boundaries, in order to make way for a more radically inclusive community.

The volume has been inspired by two open conversations at MLA 2015 and MLA 2016. Many of the chapters in Disrupting DH have evolved from short position papers released in advance of the MLA conversations. Click here to read those Position Papers.

Dorothy Kim is Assistant Professor of English at Vassar College and is a 2013-2014 Fellow at the Frankel Institute of Advanced Judaic Studies at the University of Michigan, Ann Arbor. Her book project Ancrene Wisse and the Jews considers how the first circulated Middle English manuscript rewrites the rise of English vernacularity in conjunction with the history of Jewish/Christian relations that moves beyond antisemitism, philosemitism, allosemitism. As a digital humanist, she is co-PI for an Archive of Early Middle English funded by an NEH Scholarly Editions and Translation Grant. She has also been a member of the TAPAS planning group. She has received SSHRC grants to attend DHSI 2009 and 2014 for TEI-XML and ARC/Collex workshops.

Jesse Stommel is Executive Director of the Division of Teaching and Learning Technologies at University of Mary Washington and Director of Hybrid Pedagogy, a digital journal of learning, teaching, and technology. Hybrid Pedagogy is a Digital Humanities project but also a pedagogical one, as much about new-form publishing as it is about building new kinds of academic community. Jesse is an advocate for lifelong learning and the public digital humanities. He experiments relentlessly with learning interfaces, both digital and analog, and models new forms of collaboration. His scholarship explores the sometimes wondrous, sometimes horrifying relationship between bodies and technology. His essay, “Toward a Zombie Pedagogy,” recently appeared in the collection Zombies in the Academy: Living Death in Higher Education.

Disrupting the Digital Humanities
is an essay collection forthcoming from Punctum Books and edited by Dorothy Kim and Jesse Stommel.